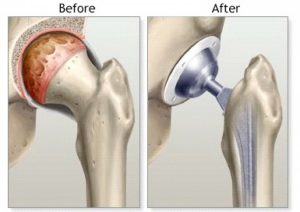 Healthy patients who undergo total hip replacement (THR) can be fast tracked to be discharged in two days compared with the standard three to six days, according to a study by researchers at Hospital for Special Surgery (HSS) in New York City. The study could help cut down on hospital-acquired infections, reduce hospital costs and improve patient satisfaction.

Patients in the two cohorts were matched for age, sex, body mass index, and comorbidities. Patients on the fast track protocol had a physical therapy session on the day of their surgery. The main difference was that a patient’s pain medication was discontinued in the fast track cohort postoperative day one (as long as pain was deemed to be under control), whereas in the traditional cohort, pain medication is usually discontinued on day two.

This study demonstrates that a two day discharge is safe and feasible for patients undergoing a total hip replacement. I recommend the fast track protocol for select patients.