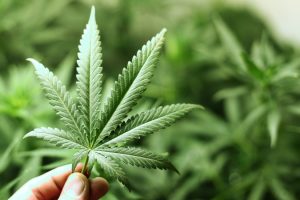 Bones heal faster when treated with a component of marijuana, according to a study at Tel-Aviv University in Israel. The helpful ingredient is cannabidiol (CBD), a non-psychotropic component of the marijuana plant. Results of the study are published in the Journal of Bone and Mineral Research.

The results of the study were not a surprise. Previous work had demonstrated that bone formation is triggered by cannabinoid receptors that help to prevent the loss of bone. They also found that skeletons, in general, appear to be is managed by cannabinoids. Researchers from Tel Aviv University injected one group of rats that had mid-femoral fractures with cannabidiol. A second group received both CBD and tetrahydrocannabinol (THC), the psychoactive component of marijuana. Within eight weeks the rats that received only CBD exhibited significant healing. The researchers found that CBD by itself made bones heal more quickly and come back stronger than before.