Does exercising make you live longer? 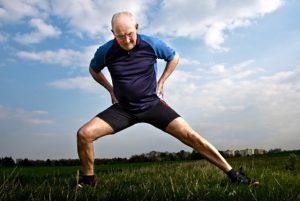 A study, published in the May British Journal of Sports Medicine, involving 6,000 Norwegian men born from 1923 to 1932 found that exercise late in life allows them to live longer. The study found that increasing physical activity benefited life span as much as did quitting smoking. The men in the study had a check on their health in 1972 and again in 2000.

Altogether, they were monitored for about 12 years. Holme reported that 51% of men who were sedentary in their 70s died from any cause compared with one quarter of those who were moderately to vigorously active.

Moderate exercise consisted of exercise sports or heavy gardening for at least four hours a week. Vigorous exercise involved hard training or competitive sports several times a week. “Just 30 minutes of moderate activity six days a week was associated with a 40% lower risk of death. More exercise reaped greater benefits, decreasing the odds of death from heart disease or any cause,” the researchers said. Men who were sedentary in their 40s lived five fewer years on average than those who were the most active.